The blessing of the banners at the Durham Miners Gala service, in Durham Cathedral, is a highlight of the annual Big Meeting - and you can watch it in our video.

Each year, several banners are picked to take part in the Durham Cathedral Miners Gala service and 2019 was the turn of three new banners.

Our video shows the highlights including the brass bands preparing outside Durham Cathedral, then the procession, through to the blessing of the banners and the reading by Ken Loach.

You can also take a look at our pictures from this Durham Miners Gala cathedral service.

The service began with the Dean welcoming the congregation to the service and, after a hymn, the representatives of the three banner parties asked on behalf of their community for their banner to be blessed.

This year it was the turn of the new Durham Miners Association banner, the Horden banner, and the Blackhall banner.

Read next: The atmosphere of Durham Miners Gala in 18 pictures

The new Durham Miners Association banner was created to commemorate the 150th anniversary of the DMA.

Each banner is led by a brass band which, one after another, began playing outside then march down the aisle to the Durham Cathedral crossing, followed by their banner.

At this year's Durham Miners Gala cathedral service, the film director Ken Loach also gave a reading, from Mark 11, which you can also watch in the video above.

Read next: 50 pictures of the Durham Miners Gala banners 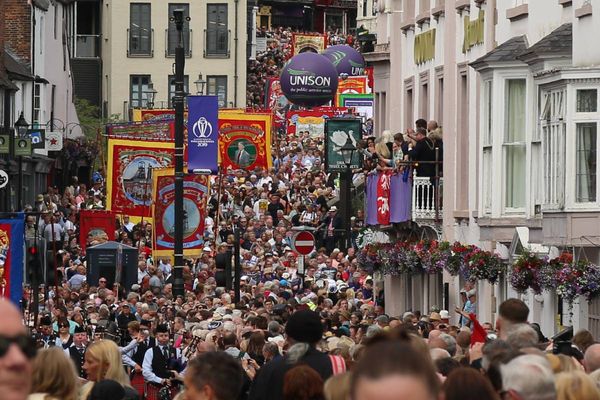 Our Durham Miners Gala video brings you the best of the annual event from 2019, which saw tens of thousands of visitors head into Durham to join in the day. 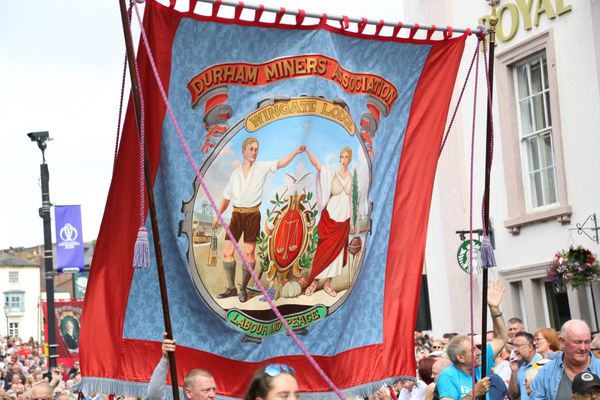 These Durham Miners Gala picture galleries show the pit banners that took part in the Big Meeting 2019, as well as many from other organisations