Tens of thousands of visitors descended on Durham Miners Gala 2019 to celebrate the sights and sounds of the 135th annual Big Meeting.

The rain that was predicted to sweep across the city in time for the 2019 Durham Miners Gala - potentially even in the morning - thankfully didn't materialise until later in the day, and even then it was only a light shower.

And the crowds were out in force as usual to support the annual Big Meeting, with many local banners as well as some from further afield.

You can see 50 pictures of them in our Durham Miners Gala picture gallery.

Stephen Guy, executive member for Durham Miners Association, said: "It's vitally important that we keep the Durham Miners Gala going because its part of the social fabric of our mining communities.

"It's been here for 150 years and with the dedication and leadership of the Durham Miners Association and the backing of the communities we're hopeful that it'll continue for another 100 at least."

Read next: Watch highlights of the Durham Cathedral banner blessing

Later on, as the Big Meeting day drew to a close and the tens of thousands of visitors either headed home or into the pubs and bars of Durham, the heavens opened for a heavy but short downpour.

The day began as always with the Durham Miners Gala banners and brass bands gathering early in the morning at various locations across the city, with the main meeting point being Durham Marketplace.

They then set off down over Elvet bridge before taking it in turns to play their party piece to the waiting dignitaries at the County Hotel.

You can see the bands playing and the marching banners in our gallery of Durham Miners Gala pictures.

You can go to our story of pictures from the Durham Miners Gala cathedral service to see more pictures.

Ross Forbes, programme director for the Durham Miners Association, said: "I can't stress how much of an honour and a privilege it is to be involved in organising this, because we know that there are men in their 70s and 80s out there bursting into tears; not just because of the sound of the brass band music but because of what this event means.

"It's about who you are, where you come from and what your heritage and history is all about." 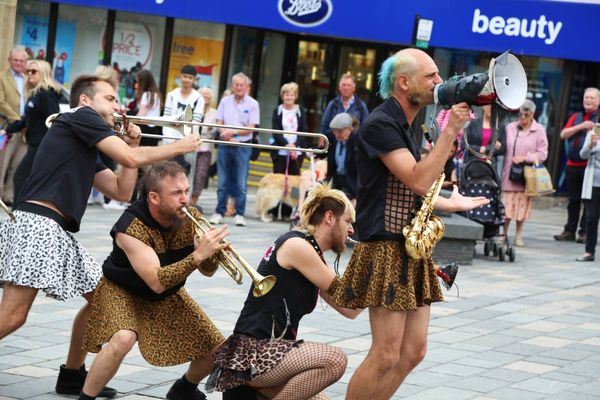 Durham Brass Festival 2019 started off with a bang as Artistas Del Gremio got the party started. Click here to watch our video of their high-paced launch show. 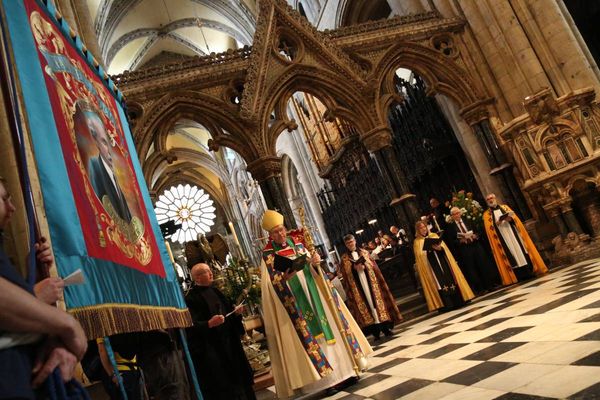