There's plenty of live music taking place this week to suit most tastes, and the theatre and comedy events are worth taking a look at too. Here's what's on.

As we head into May and the first May Bank Holiday, there's bound to be plenty of Durham entertainment from which to choose. With a good variety of venues across the city and the county, the chances are you'll find something you want to do.

Here's the theatre, comedy and live music across the county this week, April 29 to May 5 2019.

Read next: Tears For Fears are coming to Durham

John Bishop describes Paul White as a "very, very funny fella...just brilliant", while Tom Taylor won the 2015 Yorkshire Comedian of the Year. Host Sam Avery is the man behind the best-selling book The Learner Parent.

Hilarity Bites Comedy Club is on Wednesday May 1, doors 7pm.

Tickets cost £6 plus 60p booking fee. You can purchase tickets from the official booking page.

This double header gig takes place at The Manor House in Sedgefield. Rod Clements from famous North East band Lindisfarne, and Rab Noakes - who often performed with them - are two of the most enduring names on the UK music scene. They will be performing favourites from their own catalogues as well as recent compositions alongside some classics.

After numerous occasional collaborations over the years, Rab Noakes and Rod Clements have finally got together to celebrate their past, their passions, and their shared belief in the power of song.

Tickets cost £18 plus £1.80 booking fee from the official booking page.

The Hilarity Bites Comedy Club comes back for a second appearance this week, this time in Darlington at the Forum Music Centre.

City Life said of Duncan Oakley: "Oakley's routine deftly mixes the tunes with the stand-up", while Chortle said that Keith Carter "is in danger of becoming huge". eFestivals said: "The hilarious Freddy Quinne managed to quieten the two worst hecklers with one perfectly judged line".

Tickets cost £10 plus £1 booking fee from the official booking page.

The Royal Opera House is performing Faust, taking place at the Witham Arts Centre in Barnard Castle. Experience the decadence and elegance of 1870s Paris in David McVicar's spectacular production of Gounod's best-loved opera, based around the famous story of Faust, who sells his soul to the devil.

Tickets cost between £10-15, £6 concessions from the official booking page.

Head to Tanfield Railway, where there'll be local live music at this unique event as Marley Hill Carriage Shed transforms into a music evening to remember.

It's on Saturday May 4 - contact Tanfield Railway on phone number 07508 092365 or email info@tanfield-railway.co.uk for more information.

In this funny and honest solo, Shane Shambhu combines Indian dance and stand-up comedy to lead audiences on a revealing journey of his life experiences.

Confessions of a Cockney Temple Dancer is on Friday May 3 at 7.30pm.

Tickets cost £5 on the booking page.

New Zealand's Anne Chamberlain performs this inspiring new play about the courageous and visionary life of Eglantyne Jebb, the passionate social reformer, human rights pioneer and founder of Save the Children.

Ms Chamberlain presents Eglantyne is on Sunday May 5 at 7.30pm.

#9: All About Eve, Durham Gala Theatre

Gillian Anderson and Lily James lead in All About Eve, broadcast live to cinemas from the West End in London.

All About Eve tells the story of Margo Channing. Legend. True star of the theatre. The spotlight is hers, always has been. But now there's Eve. Her biggest fan. Young, beautiful Eve. The golden girl, the girl next door. But you know all about Eve…don’t you…?

On Saturday May 4, make your way to the New Victoria Centre on High Street in Howden, near Crook, for a fun day all about the Wurlitzer. There are free Wurlitzer tours, stalls, tombola, wonderful Wurlitzer music and also fairground organs to see and hear.

Baltic Crossing use their strong affinity for old dance music and respect for each others traditions to bring a new youthful energy to the folk music of Europe. They bring you fiery Scandinavian fiddles, bubbling Northumbrian pipes and a driving guitar and double bass rhythm section.

Tickets cost between £5 and £12 from the official booking page.

Same Same Different is inspired by writer Naomi Summer Chan's own experiences as a transracial adoptee, having been adopted from Hong Kong in the 1980s into a white British family. This new verbatim play gives adoptees from all over the world the opportunity to share their stories in their own words and reveal what it’s like to grow up in a family and community who might look very different to themselves.

Same Same Different is on Saturday May 4 at 8pm.

Academy-Award-winning documentary Evelyn is a powerful story about a family bereaved by suicide. The film follows the family on a hike across the UK, and documents their bereavement process as three siblings confront a past they’d previously found hard to discuss, while repairing fractures in their own relationships.

All profits from ticket sales will go to support ManHealth, which runs peer support groups for men with Depression and other Mental Health conditions.

Tickets cost £5 and £4 for under 17s, from the official booking page.

MC Danny Deegan hosts the ever affable and quick-witted banter merchant, Dave Twentyman. Danny Sutcliffe, a festival regular known for his clever one-liners, and the insightful Tom Lawrinson will round off the night. 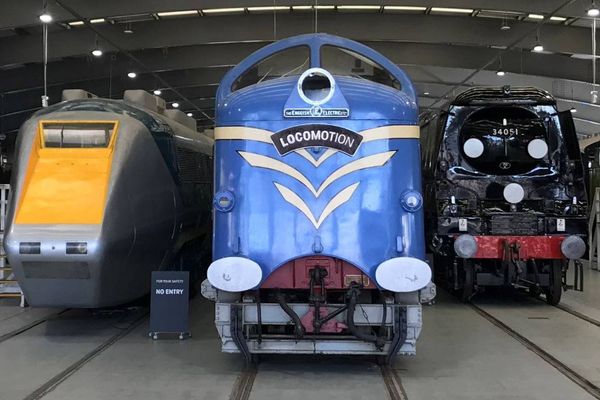 There are some free events in Durham most weeks - here's what we've found for the week of Monday to Sunday April 29 to May 5 2019. 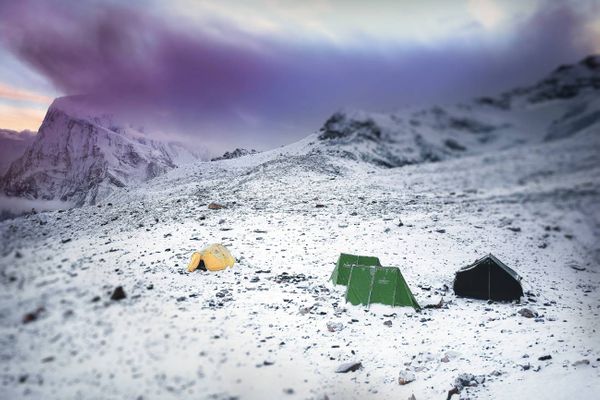 Durham Adventure Festival basecamp is the heart of the event - here's what's scheduled now that the basecamp timetable 2019 has been released.