There are free things to do in Durham this February half term if you know where to look, and ExplorAR has rounded up some of the best for you to try.

February half term can sometimes be a difficult time in which to keep the children happy during their week off school: some places to visit are still on their winter opening hours or are closed altogether, while the changeable weather and cold temperatures make it hard to sit out and do simple things like picnics.

But there are several places you can go and February half term free things to do in Durham that won't have you reaching into your wallet to keep the children satisfied.

The Durham Fans Museum is located in Prince Bishops Shopping Centre, between Costa Coffee and the Gift Company. You can try on football shirts and hold boots worn by some of the world’s greatest players. There are also medals, trophies and kits. It's free entry, although the Durham Fans Museum will be welcoming donations towards helping the St Cuthbert’s Hospice.

The Fans Museum Durham is open Monday to Saturday, 10am to 5pm.

Many guided walks cost a few pounds to tag along, but the Stanhope Walking Group's walks are free to join. They meet every Wednesday outside the Durham Dales Centre at 12.45pm, and walk until about 2-2.30pm.

The only downside is that it's only for older children as you have to be 16 or over, but for more information you can contact Victoria Lee, Wellbeing Development Officer on 07584141202 or email victoria.lee@durham.gov.uk

If you're looking for free February half term things to do in Durham, you simply can't miss Durham Fire and Ice. This free event in Durham city centre will see 10 expertly-carved ice sculptures placed around the city, everywhere from North Road to Millennium Square and up to Palace Green and Durham Cathedral. It takes place on Friday and Saturday February 22-23 from 10am until 6.15pm, and the 2019 theme is Heroes and Villains, so the ice sculptures will include Lego Batman, Wonder Woman, Darth Vader and Grace Darling. There's also a chance to chisel away at a block of ice to retrieve frozen chocolate hidden inside. You can read a guide to the Durham Fire and Ice 2019 here and get a copy of the Durham Fire and Ice 2019 map to take with you on your phone.

Following the success of their paid entry exhibition about the Scottish Soldiers project, the latest Palace Green Library exhibition is Catch Your Breath. This is a free exhibition and is all about breathing from scientific, artistic and medical points of view, with some fascinating exhibits. Among them are Victorian-era medical breathing equipment all the way through to a 1990s spirometer for measuring breath. There are also artworks inspired by breathing, audio recordings, and some interactives including one where you can measure how long you can hold your breath.

Catch Your Breath opening hours are 10am to 5pm and it's open until March 17.

Finchale Abbey is always a good option when you're looking for free things to do in Durham for February half term. Finchale Abbey was a holiday retreat for the Durham Cathedral monks until its suppression in 1538. The abbey ruins are extensive and great to look around, and there's even a portion of intact crypt to explore. There are plenty of interpretation boards to read about the history.

In the winter months Finchale Abbey is open 10am to 4pm. Although there's paid-for parking nearby, you can park for free if you park in the lay-by on Cocken Road that runs above the river, and walk down the (steep) steps to cross a footbridge to Finchale Abbey.

Ping Pong Parlour Durham has a number of table tennis tables, bats, balls, and is totally free to drop in and have a go, whether you've never tried it before or you're a table tennis master.

It's located in the Prince Bishops Shopping Centre at the rear of M&Co and is open during shop opening hours, which are 9am to 5pm Monday to Saturday and 11am to 4pm Sunday. As well as being highly addictive and a great way to spend an afternoon, it's probably also a great place to drop off those in the family who don't like shopping while you pop around the Durham shops...

Surprisingly you don't have to be a train fan to enjoy Locomotion, the free railway museum in Shildon. It tells lots of great stories about royal train travel and early British research into the technology of tilt trains, which have since revolutionised train travel.

As an added bonus, there are several free February half term things to do, including a tie-dyeing workshop 11am-2pm every day, where you can learn about fabric dyeing and have a go at it yourself, and follow the pictorial Shildon Story family trail, as well as let the children enjoy the indoor play area.

Head to Bishop Auckland for a walk among the trees with a fantastic Gothic deer house for the children to explore, for free. Built in 1760, the unusual Auckland Castle Deer House is built in the Gothic style and was originally a place for Auckland Castle's deer to shelter and feed. It also had rooms where castle parties could sit and enjoy the view.

Travel beyond the more familiar Barnard Castle and, before you cross the Pennines moorland to head west, the last outpost is Bowes. Standing guard is the ruin of Henry II's 12th Century Bowes Castle keep. The site also has Roman history due to its strategic significance guarding the Stainmore Pass. It's free to enter and walk up the stairs to see a couple of ruined rooms, and is open at any reasonable hour. 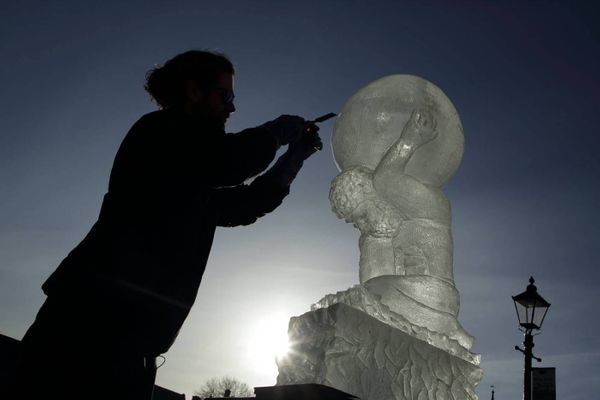 The Durham Fire and Ice 2019 schedule has been announced - here are the timings you need to know to get around Durham and make the most of the fantastic elemental event. 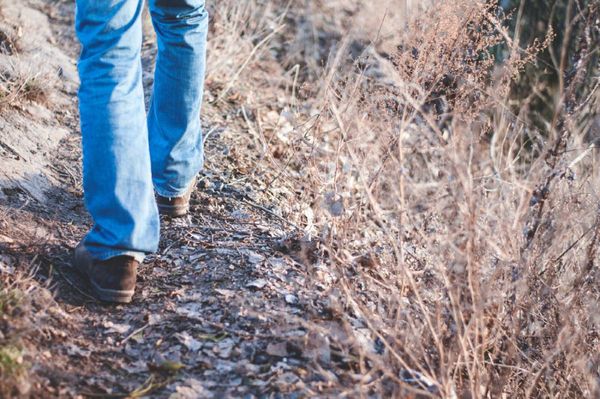 Lots of Durham guided walks take place across the county every month - here is the list of walks for February 2019. Guided walks in Durham are a great way to get some