Derwent Reservoir wildlife is rich and varied, and a visit gives you lots of opportunity for seeing some truly impressive creatures and plantlife.

Since it was constructed in 1960-1967, Derwent Reservoir has become a haven for all sorts of rare and endangered animals, plants and fungi which have a protected home next to County Durham's largest reservoir.

The area of pine trees around Pow Hill car park next to Derwent Reservoir is a good place to see them. The best time to see Derwent Reservoir red squirrels is early in the morning or in late afternoon when they're at their most active.

Read next: Derwent Reservoir facts about its construction

Continuing the red theme, another animal that's well worth keeping an eye out for is Derwent Reservoir's red kites. These incredible creatures are a sight to behold, with their vast wingspan and elegant circling, sometimes in pairs. Look out for its reddish body and forked tail.

Originally in 2009, 94 red kites were released into the Derwent Valley but they have been moving out of their core area and can now sometimes be seen around Derwent Reservoir.

Read next: Visiting Beamish? Here's all the Beamish visitor information you need

Red kites largely eat carrion and worms, but they will go for a small mammal if the opportunity arises. Red kites almost became nationally extinct but they have been subject to a huge conservation effort and reintroduction programmes in parts of the country. Red kites are highly protected, under Schedule One of the Wildlife and Countryside Act. There are about 1,600 breeding pairs in the UK.

One of the creatures with a more unusual name, Derwent Reservoir's green hairstreak butterfly could be on for a comeback in the area. The once common green hairstreak butterflies' caterpillars live on bilberry bushes, and Pow Hill Heath next to Pow Hill Country Park would seem very well suited given its bilberry bushes. There used to be a profusion of them, but when Derwent Reservoir was built, grazing stopped and Pow Hill Heath got taken over by bracken.

Read next: Locomotion visitor information if you're having a family day out at the Shildon railway museum

By introducing Soay sheep to graze on Pow Hill Heath and by cutting back the bracken, hopefully the bilberry bushes will increase in numbers and the green hairstreak butterfly will make a comeback in its former habitat.

In late summer, keep an eye out for the bog asphodel's distinctive yellow flowers in the damp marshy parts of Pow Hill heath.

While Pow Hill Country Park has many plants of interest in Pow Hill Heath and its Site of Special Scientific Interest, Pow Hill Bog, on the other side of Derwent Reservoir lies Millshield, where you can park. Here, you might find yet another unusually-named resident: the parrot waxcap fungi. This greenish fungi can be spotted in the short grass in autumn. It's particularly rare to find grasslands that support several types of fungi.

Honestly, we're not making these names up. The flower-rich Millshield Pasture is one of those rare delights - a grassland supporting many wildflowers. There are five species of sedge (a wetland plant with a triangular stem), marsh woundwort and meadowsweet. However, on the drier grassland you might spot the delicate pink flowers of quaking grass, so-called because the flowers and seedheads shake on the slightest breeze.

Unusual to think of seeing reptiles moving about in the cooler climes of North East England, but on a warm day look for slight movements on the south facing slope of Cronkley Heath at Derwent Reservoir. Throughout the year except winter, you might spot common lizards either moving between cover or basking in the sun.

Our bumblebees are in decline and need our help. To see up close how special these little furry friends can be, look out for solitary bees at Derwent Reservoir. If you're enjoying a Derwent Reservoir walk at Cronkley Heath, then on a warm dry day keep an eye out along the soil above the walking path. There you might see the small holes made by solitary bees. If you're lucky, you might even see one of the residents themselves. 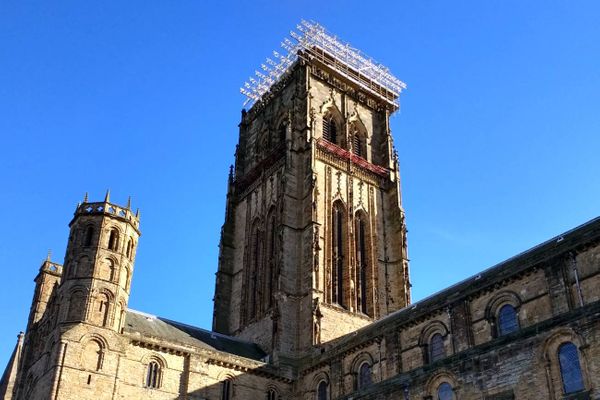 The Durham Cathedral scaffolding removal is almost at an end after several weeks of conservationists painstakingly removing it piece by piece. 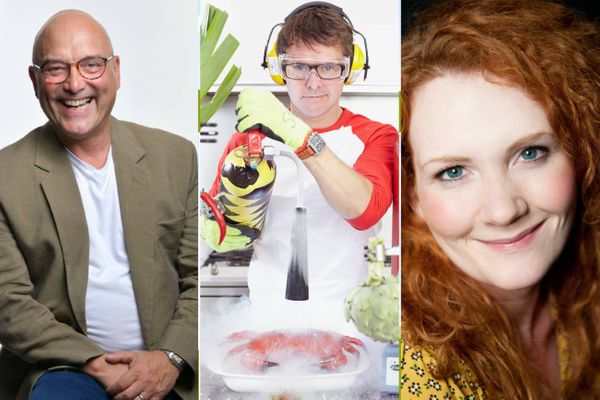 Bishop Auckland Food Festival tickets for 2019 are on sale for all the events taking place during the two days. Here's what you need to know to get your hands on them.