Durham ghost stories include every scary stereotype you might find in a traditional haunting tale - grey faces at windows, ghostly whispers at night and apparitions at the bottom of the bed.

Being an ancient city established hundreds of years ago in the blood-soaked borderlands, and with many fine buildings steeped in history, you might expect Durham to have more than its fair share of shades, ghouls and apparitions - and our historic city certainly doesn't disappoint. Durham ghost stories, however, for some reason seem to have more than their fair share of women walking down invisible staircases. As to why...it's as much of a mystery as the stories themselves.

We'll start our exploration of Durham ghost stories with two such tales...

One of the most famous Durham ghost stories is that of the Crook Hall White Lady. The beautiful Crook Hall is a favourite Durham visitor attraction and its hall and gardens play host to many days out and events. Venture into the oldest parts of Crook Hall and you'll see it's not hard to imagine you're not alone - and not just because of the other visitors...

The Crook Hall White Lady is said to appear on the original date of St Thomas' Eve - December 20 - on the old staircase in the Jacobean Room. The staircase is now blocked off - at least, it is to those of us who have not yet passed over.

Sightings have been accompanied by rustling, creaking and other ghostly sounds. Who was the White Lady? Crook Hall themselves have suggested it might be the niece of Cuthbert Billingham, part of the Billingham family that owned Crook Hall in the 14th Century.

The Grey Lady who has been seen descending the stairs has been suggested as potentially being Isabella Van Mildert, who fell down the staircase.

Another Durham ghost story based at the castle is that of one of Durham University's first students, Frederick Copeman.

Not descending a staircase this time, but the third of our Durham ghost stories still features a woman. This time it's believed to be a much older shade - that of the wife of a soldier who died at the Battle of Neville's Cross in 1346. She was said to hitch a lift with passing carriages heading towards Neville's Cross and then disappear from sight. As transport became increasingly motorised, her appearances have become less frequent. I suppose she's not used to thumbing a lift in a lay-by.

Durham ghost stories #4: the Grey Tower face in the window

Not necessarily a woman this time, but the grey theme continues. The Grey Tower on North Road as you walk up from Durham Station is a very impressive building, with a lovely arched doorway and terraced garden. Although it looks like it's part of a castle or bastle house, it's a private residence built around the end of the 18th to the start of the 19th Centuries. Is there a ghostly tenant? There have been reports of a ghostly face looking out from one of the attic windows.

Another theory, however, is that there is no such ghost and that the legend began back in the 1880s when the Grey Tower was the setting for a story, the Waif of the Wear. Many of the best ghost stories begin with a mixture of story and truth - but who knows how much reality there might be in this Durham ghost story? 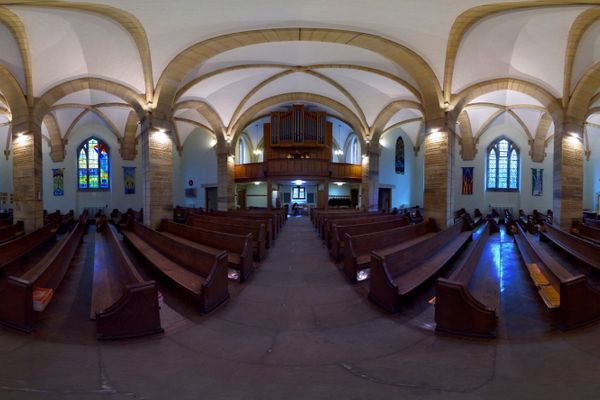 Durham School chapel is layered with the history of former pupils dating back almost 100 years. Enjoy its serenity in this 360 degree image 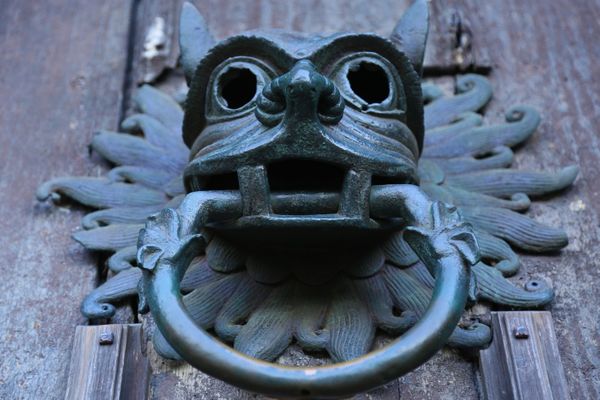 The tradition of Durham Cathedral sanctuary gave a temporary lifeline to hundreds of fugitives. Read more about this fascinating history