Durham Summer in the City theatre productions are not to be missed this June - here are the full theatre listings plus information to buy tickets.

The festival brings a month of cultural events to the centre of Durham city. You can read the details about it in our Durham Summer in the City Festival information story.

The events will include music, drama and art. Below, we've listed all the Durham Summer in the City theatre events including times and ticket prices, listed by date. For theatre productions that span more than one day, we've just given the details on the first day of the event.

Read next: These are the celebrity chefs coming to Seaham Food Festival

Durham Summer in the City theatre listings by date

Greek Theatre workshop: Jake Murray, co-founder of Elysium Theatre, takes participants through the basics of Greek theatre. Between 2-4pm at the Gala Theatre studio - call 0191 3344316 or email s.m.wright@durham.ac.uk to reserve a space.

The Boy Who Harnessed the Wind – film screening and discussion: The story of William, who grew up in an isolated part of Central Africa and came up with a unique solution to his family's energy problems. This is a special screening of the film followed by a discussion about what we can learn. Between 7-9pm in the Tristram Room, St John's College. It's free; Durham University staff and students just need to take their campus card, but members of the public need to register on Eventbrite here.

Don’t Bother, by Bróccán Tyzack-Carlin: A stand-up poetry show about dead dogs, chocolate and nostalgia, it's an hour of surreal humour. It's at 7.30pm at Cafédral Durham on Owengate (the path up to Palace Green). Tickets cost between £5-7 from the Eventbrite page.

Meisner Technique theatre workshop: the Meisner Technique uses exercises to awaken an actor's emotional responses. Join Sam Lupton as he presents the technique which is taught at drama schools around the country. Between 1-4pm at the Aerobic studio, Maiden Castle. Contact s.m.wright@durham.ac.uk or call 0191 3344316 to reserve a space.

Writing for theatre workshop: Join Ben Dickenson, Literary Manager of Alphabetti Theatre in Newcastle, in a practical workshop as he takes you through the basics for writing for theatre. Between 10am and 1pm at ER143 Elvet Riverside. Contact s.m.wright@durham.ac.uk or call 0191 3344316 to reserve a space.

A Fantastic Night in: A screening of Sebastián Lelio’s Oscar-winning masterpiece, A Fantastic Woman, which tells the story of Marina, a transgender woman faced with prejudice and cruelty as she tries to rebuild her life following the death of her partner. At 6.30pm in the Dowrick Suite, Trevelyan College. Tickets are £4, £3 concessions, £2.50 NHS workers from the booking page.

What we aren't supposed to talk about: a conference with the goal of opening up discussion of stigmatised health, sexual and social topics. It's at 2pm in the Dowrick Suite, Trevelyan College. Tickets are £6, £5 concessions, £4.50 NHS workers from the booking page.

Lips Don't Lie Showcase: A combination of student-written and adapted pieces, which all focus on taboo issues. These range from yoga farting and shaving, to threesomes and Ted Bundy. At 7.30pm at the Dowrick Suite, Trevelyan College. Tickets available here.

Orphans, by Fourth Wall Theatre: Helen and Danny keep themselves to themselves. But the outside world comes crashing into their lives one day when Helen's brother Liam turns up. Covered in blood. At 7.30pm, venue TBC. Tickets are available here.

Gutted, by Pitch Productions: Tracing one woman's journey as she navigates a life with Ulcerative Colitis. At 7.30pm - tickets available here.

Writers Showcase by Buttered Toast: A showcase of new student writing including play extracts, sketches, music and magic. Details are yet to be confirmed.

Producing, Theatre Workshop: Join Chris Grady, international creative producer and author of Your Life in Theatre and The Anatomy of Your Creativity, for a conversation on professionally producing theatre. At 10am, venue TBC. Contact s.m.wright@durham.ac.uk or call 0191 3344316 to reserve a space.

Fit for Work, by Louise Powell: Terry's worked all his life, but now he's applying for benefits. One hour. One decision. Is he fit for work? At 6pm in the Pemberton Rooms, Palace Green. Tickets available here.

Constellations, by Letterbox Theatre: Love, honey, quantum physics – are two people fated to be together? 7.30pm, venue and tickets TBC.

Beats, by Fourth Wall Theatre: With a live DJ and video, Beats tells the story of Johnno McCreadie, a teenager living in a small suburban Scottish town at the time of the 1994 Criminal Justice Act. A coming-of-age story exploring rebellion, apathy, and the irresistible power of gathered youth. At 7.30pm, venue TBC. Tickets £8, £6 concessions from the student theatre website.

Minge Unhinged, by Your Aunt Fanny: Your Aunt Fanny is an all-female comedy sketch group made up of women from the North East, founded in 2013. Minge Unhinged captures a night out on the town. At 8pm in the Pemberton Rooms, Palace Green. Tickets £8, £6 concessions from the booking page.

Tuesday, by Andrew Cowburn: Daniel returns from school to an empty house, and we watch as the next 40 minutes of his life unfold. Joined by Sophie, they talk, joke and laugh, before he finally decides to answer his Dad's incessant phone calls. Winner of Durham Drama Festival 2019's Best Play award. At 4pm in the Pemberton Rooms, Palace Green. Tickets £7, £6 students from the ticketing page.

Queerbaiting, by Sophie Wright: Lizzie and Beth share a flat. Beth has never seen Bend It Like Beckham. Lizzie wants to change that. At 6pm in the Pemberton Rooms, Palace Green. Tickets £7, £6 students from the Durham Student Theatre website.

Last Days of Troy, by Durham University Classical Theatre: The Last Days of Troy dramatises Homer's Iliad, with award-winning poet and author Simon Armitage bringing the war to a brutal conclusion. At 6.30pm in Wharton Park Amphitheatre. Tickets £8, £7 students from the booking site.

The House of Influenza: A Spooky Tale of Frighteningness, by Andrew Shires: At the dawning of the zombie apocalypse, as friend and family are torn apart, only The House of Influenza will stand strong. At 8pm in the Pemberton Rooms, Palace Green. Tickets £8, £7 students from the booking website.

Black Training, by Dan Takyi: Follow Jeremiah and Maleeka's train journey as they explore the many facets of racism that continue to pervade contemporary society. At 4pm in the Pemberton Rooms, Palace Green. Tickets £5, £4 concessions from the ticket page.

Ophelia Is Also Dead, by Aliya Gilmore: Ophelia, in a space for her to talk, for once. Winner of Best Writing, Best Director, and Best Female Actor at the Durham Drama Festival 2019. At 6pm in the Pemberton Rooms, Palace Green. Tickets £7, £6 concessions from the booking site.

Soho Cinders, by Durham University Light Opera Group: A musical from the writers of Mary Poppins and producers of Six, this modern musical fable set in the London district of Soho mixes stories of politics, sex-scandals and true love. At 2.30pm and 7.30pm in Hild Bede East Gym. Tickets £9, £7.50 concessions from the booking website.

Children of the Quorn™ By Megan From HR: From dying onstage to straight-up dying, this is how two friends fill their time whilst waiting for the dead to arrive. A comedy from the winners of the Derek Award for Best Sketch Show at the Edinburgh Fringe 2016 and 2017. At 8pm in the Pemberton Rooms, Palace Green. Tickets £6, £5.50 concessions from the booking page.

Love Labour's Lost, by Castle Theatre Company: King Ferdinand of Navarre and his friends vow celibacy for three years in order to devote themselves to scholarly pursuits - but they have forgotten that the Princess of France and her ladies are scheduled to visit. At 2.30pm in the Fellows Garden at Durham Castle. Tickets £7, £6 students, from the ticketing page.

All over lovely By Letterbox Productions: Two women, ghosts from each other's pasts, meet before a funeral. One of them maintains defiantly that lipstick and a Porsche is not a betrayal of feminism; the other's anarchist principles have turned into an organic fruit and vegetable company who supply Sainsbury's. A biting dialogue about adolescent sexual awakening, politicised lesbianism and womanhood. At 7pm in St Johns College, North Bailey. Tickets £6, £5 students from the booking page.

Theft, by Eric Chappell: A witty comedy-thriller by Eric Chappell. Two couples return from a pleasant anniversary celebration to find the house has been burgled. At 7.30pm in Durham Dramatic Society City Theatre, Fowlers Yard. Tickets from the Gala website.

Merry Housewives of Windsor by Six Side Theatre Company: Falstaff attempted to woo two married women – but they are far smarter. A fun, modern twist on the iconic Shakespeare play. At 7.30pm in Trevelyan College, Elvet Hill Road. Ticketing TBC.

Working: The hopes, dreams, joys and concerns of the average working American are the focus of this unique, extraordinary musical. Based on Studs Terkel's best-selling book of interviews with American workers. At 7.30pm in Trevelyan College, Elvet Hill Road. Ticketing TBC. Tickets £7, £6 concessions from the website.

All over lovely By Letterbox Productions: See June 22

All over lovely By Letterbox Productions: See June 22

We'll Have Nun of It, by Hild Bede Theatre: An original student written song cycle as part of Hild Bede Theatre New Work. It's 1967 in the East End of London at St Lidwina's School for Girls, and we follow four boarding students through their experiences, with a look at life growing up in a Convent school. At 2pm in Caedmon Hall, St Hild and St Bede. Tickets £6, £5 students from the booking page.

The Yellow Wallpaper, by Hild Bede Theatre: An original student adaptation of The Yellow Wallpaper. The show tells the story of a Victorian woman driven to madness by dehumanising and destructive psychological treatment. At 4pm in Caedmon Hall, St Hild and St Bede. Tickets £6, £5 students booking page.

We'll Have Nun of It, by Hild Bede Theatre: See June 25

High School Musical, by Foot of the Hill: See June 25

The Tempest, by Durham Student Theatre: Viewed through a post-colonial lens, this production will emphasise the political and historical aspects of one of Shakespeare's greatest works. This interpretation combines experimental physical theatre with dance and live music to create an exciting night of electrifying Shakespeare. At 7.30pm in the Gala Gallery, Millennium Place. Tickets available from the Gala page.

Voice of the Bridge: Written by Jonathan Rees and Performed by Badinage, the stones of Paris' Pont Neuf sing their 17th Century past as the beating heart of the city and nation in a performance of original street songs of gossip, protest and scandal, high baroque music and words by contemporary writers. At 8pm at the College of St Hild and St Bede. Tickets £10, £5 concessions from the Eventbrite page. 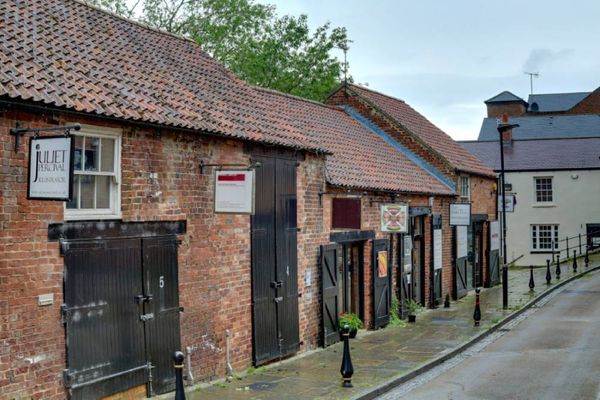 The Arts and Crafts InDurham art market will take place once a month with the aim of offering artists and art groups an opportunity to get their work in front of the public. 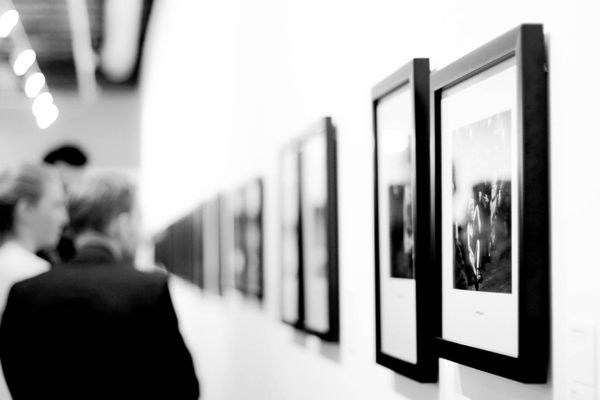 Durham Summer in the City Festival celebrates everything cultural in Durham - here's what's on plus dates, times and ticket prices.