As per usual we've rounded up the best Durham theatre and music for the week. Look below to see what's on.

The start of a new week marks a new roundup of the top Durham music, theatre and comedy. Here's what's on for October 7-13 2019.

Charles Baskerville is dead, and a terrifying beast is rumoured to stalk the moors around the remote Baskerville mansion.

When Sherlock Holmes sends Doctor Watson to investigate, Watson finds himself surrounded by dense fog and a community steeped in folklore, legend and rumour. At Baskerville Hall, the line between reality and myth is no longer clear.

Following the sell-out success of H.G. Wells' The War Of The Worlds, Northern Stage presents Sherlock Holmes' most infamous case, adapted from Arthur Conan Doyle's gothic classic. It's on Thursday October 10 at 7.30pm at the Witham, Barnard Castle.

The international best-selling author Louis de Bernieres has combined words with music in a new project. The Norfolk-based author, most famous for Captain Corelli's Mandolin, sings beautifully written songs and spins a terrific yarn or two while he's at it.

Louis de Bernieres is on at Old Cinema Launderette on Thursday October 10 at 7pm.

Tickets* cost £18 plus £1.80 booking fee from the official booking page.

Derek Wall is an academic and a writer, having published several books and numerous articles on the subject of eco-socialism and wider Green politics. He will be at The Peoples Bookshop in Durham city centre talking about his latest book which tells the story of one of Latin America's most important revolutionary leaders.

Hugo Blanco led a successful uprising for land rights in Peru in the 1960s. Praised by Che Guevara, remarkably Hugo (aged 84) is still politically active in 2019. A Marxist in the 1960s, Hugo's life charts a whole history of the Latin American left. He escaped the Chile coup of 1973, promoted indigenous struggles across the continent and met up with Zapatistas in the 1990s.

Will Kaufman is Professor of American Literature and Culture at the University of Central Lancashire. He is also widely regarded as the world's leading authority on Woody Guthrie. On Sunday October 13 at 2.45pm he's at Durham City Theatre to present the third in his series of fascinating live documentaries.

Admission* is £10 and £1 booking fee or £8 and 80p booking fee concessions from the official booking page.

Read next: A list of every free event at Durham Book Festival

Augusine Noble presents Sonat Vox in the Chapter House of Durham Cathedral as part of the choir's UK concert tour.

Sonat Vox was founded in 2015 and has quickly become one of the Germany's leading men's choirs. In four years, the choir has gained national recognition after winning first prize at many competitions, including the German Music Council Competition, Bavarian Choir Competition, and the International Harmony Festival.

Tickets cost between £10 and £15 from the booking page. 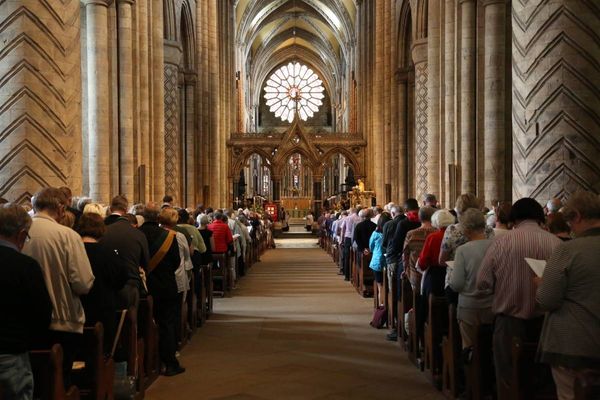 You don't always have to splash out - here are some free events in Durham to enjoy this week, October 7-13 2019. 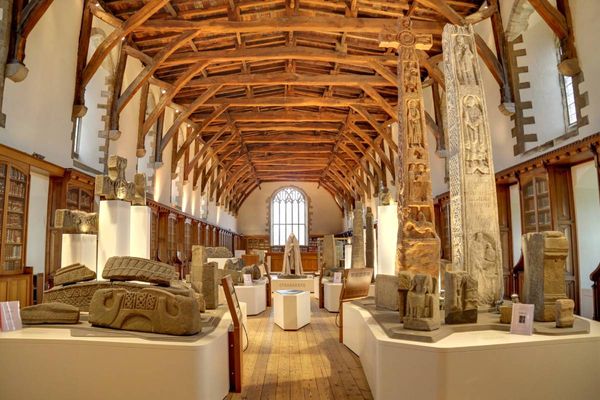 The new Durham Cathedral Open Treasure exhibition 'Mapping the World' has opened, with the world's first atlas among the exhibits.