Durham Lumiere 2019 road closures will affect cars and pedestrians with streets and footpaths shut during the event. Here are the locations affected.

Durham Lumiere 2019 hits our city from Thursday to Sunday November 14-17 (take a sneak peek at our Lumiere 2019 pictures or our Lumiere Durham 2019 video), and with tens of thousands of visitors expected during the tenth anniversary event, there'll be roads closed around the peninsula and city centre.

Where are the Durham Lumiere 2019 road closures?

There several main categories of roads and footpaths which will be closed to cars and pedestrians during Lumiere.

Read next: Want tickets for Durham Lumiere? One venue still has some

On the Durham peninsula itself, vehicle entry will be prevented from 1pm, with all closures then in place from 2pm on the event day until 2am the following morning. Vehicles will be able to leave the peninsula up to 2pm.

You can read more about the ticketed restrictions in our Durham Lumiere tickets story and our rundown of every single Lumiere installation. We've also got timetables for the extra Lumiere buses, tips and ideas to make the most of your Lumiere visit, and even a weather forecast!

Read next: Durham Lumiere extends its park and ride offering

Are there any Lumiere road closures outside the peninsula?

Yes, there will be. The roads below will be closed to all vehicles from 2pm on the event day until 2am the following morning. No parking will be permitted during the closure period either.

The roads affected will be:

Walkergate from its junction with the A690

Old Elvet between its junction with Territorial Lane and Court Lane

Sutton Street between North Road and A690 (except for resident access)

How about Durham Lumiere parking restrictions?

Parking is not permitted on any of the roads. Parking on the Northbound section of New Elvet will also be suspended together with parking on Old Elvet from New Elvet to Court Lane.

Organisers say that any vehicle parking on a closed road, a suspended parking bay or not in accordance with existing parking and clearway restrictions is likely to be removed.

What are the speed limits for Durham Lumiere?

A temporary 40mph speed restriction will be in place from 7am to the following 2am on the A167 dual carriageway from the junction with the A177 at the Cock of the North roundabout northwards to the existing 40mph signs at Merryoaks, Nevilles Cross.

Read next: Tickets for this panto are on sale now

The footpaths below with be closed with the exception of permit holders and those exiting the Durham peninsula from 4pm until 11pm:

Elvet Bridge steps to the riverside

The riverside path from Drury Lane to Elvet Bridge

The steps from under the Kingsgate Bridge to Bow Lane

From the Little Count's House to Elvet Bridge 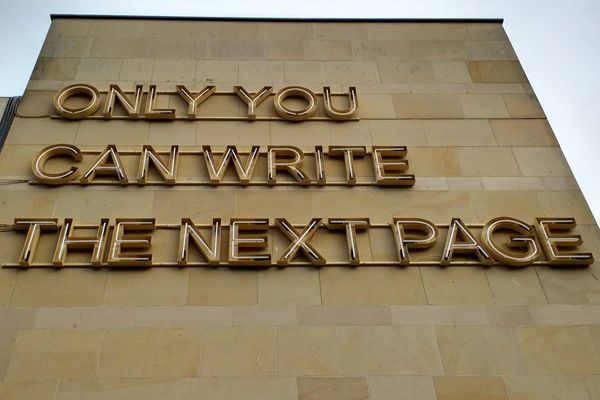 If you're heading to Durham Lumiere, chances are you won't want to drive in. Here's the information for the Lumiere park and ride including locations, ticket price and opening times. 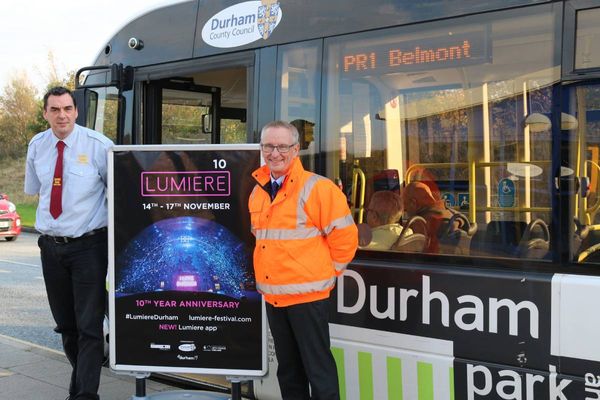 Durham Lumiere 2019 parking and public transport is going to get busy when the festival begins, so what's your best bet for getting to Durham?