Our Durham Lumiere 2019 video below captures some of our favourite installations from the festival. Which ones did you see?

Durham Lumiere reached its 10th anniversary with its fifth show in 2019, having begun the biennial festival in 2009. There were some new artworks as well as some old favourites from previous shows, and we've captured a few of them in our Durham Lumiere video below.

Durham Cathedral's projection mapping light show always impresses the crowds and this year it was 'Stones' by Tigrelab Art, which allowed some visitors to interact with the art using stone controllers.

There was also 'Mysticete' on the River Wear near the Penny Ferry Bridge, which projected a whale on to a sheet of water spray in the middle of the river.

You can see both of them in our Durham Lumiere video here:

You can also spot the fire show that took place in the Durham Cathedral cloisters and in College Green, as well as the ever-popular 'I Love Durham' in the middle of Durham Marketplace.

You can also see pictures in our Durham Lumiere highlights story.

Making its first appearance back in 2011, this light installation turned the Marquess of Londonderry - the man on the horse - into a giant snow globe.

Placed in the centre of Durham Marketplace, 'I Love Durham' is a highlight of the festival, drawing large crowds and becoming, over the years, one of the iconic images to endure and return to Lumiere for the 2019 10th anniversary show.

The lights change the interior of the globe from white to blue, orange and purple.

You can also see 'Wave'. Located in front of the new Odeon cinema on The Riverwalk, it consisted of a collection of suspended orbs shaped into a wave. As the light rippled through the orbs in differing patterns, an otherworldly choir also sang to add to the effect. 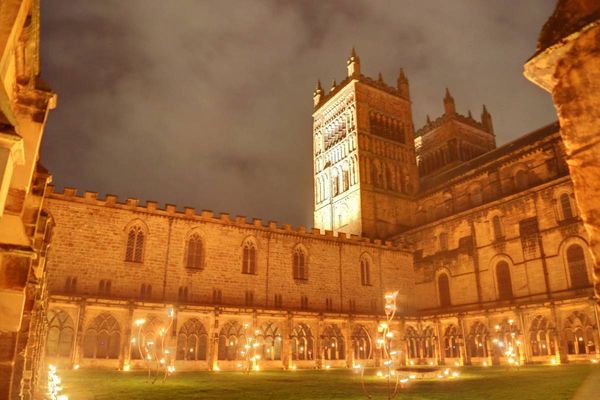 It's difficult to pick Durham Lumiere highlights with 37 light-based installations from which to choose, but here are a few of the artworks that stood out for us. Which did you like? 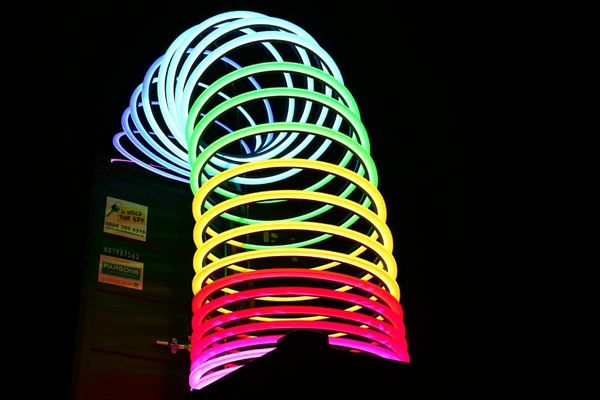 Didn't manage to secure a Durham Lumiere 2019 ticket? Don't worry - you can still enjoy everything the festival has to offer.