Durham Miners Gala is the biggest event in County Durham's social calendar. So if you're going for the first time, what can you expect?

Durham Miners Gala has been an almost permanent fixture since 1871, taking place every year except during the two World Wars. Hundreds of thousands of people head into Durham in a unique spectacle not to be missed.

So if you've never been, you're probably in the minority. What's it all about and what is there to see? We've pulled together a few tips for any Durham Miners Gala first timers.

What's it all about then?

Durham Miners Gala is a fantastic community day, with great music and lots of fun. We've written a separate piece on the history of Durham Miners Gala but briefly, it began as a mine workers event, went through a decline in the 1980s when the pits closed, then revived as a trade union and social event in the 1990s, continuing to grow ever since. You can also see our old pictures of Durham Miners Gala from the 1970s.

Should I just wander around and see what's going on?

Hmm - it might be less 'wandering' and more 'shuffling'. Bear in mind that last year the Gala attracted 200,000 visitors. The key locations such as the County Hotel get very congested, with crowds four or five deep and a small space behind where rivers of people flow in both directions.

Is there anything I shouldn't miss?

Everyone's got their own Durham Miners Gala highlights, whether it's the speeches, the bands or simply the nice community atmosphere and a day out with friends. For us, two things stand out: one is listening to the bands taking it in turns to play impromptu tunes to each other while they wait to get to the County Hotel. The best place to stand is probably Saddler Street or heading down towards Elvet Bridge.

The other main event is the County Hotel itself, with the bands and banners taking it in turns to stop and play a party piece for the dignitaries on the hotel balcony. There's nothing else like it and each banner gets a big cheer.

We've pulled together a list of the times for key events at Durham Miners Gala so you won't miss anything.

Read next: List of roads closed for Durham Miners Gala

Where are the key locations during the day?

The most important places where the action happens are Durham Marketplace, where lots of the bands and banners gather; the County Hotel where dignitaries such as politicians and trade union officials start their day on the balcony; the Racecourse for the speeches by invited officials, plus various organisations' stalls; and Durham Cathedral for the Miners Gala cathedral service.

Yes, a few. We learned most of these the hard way, from sunburned faces to cricked necks from straining to see.

Get there early: If you want to get a good viewing spot it's worth getting there at 8.30am or earlier, especially if you're heading to Durham Marketplace or the County Hotel. If you want to go to the Durham Cathedral Gala service, bear in mind that it's always a full house and you'll need to be there well before the 2.30pm start time.

Weather: If it's hot - and thankfully it has been the last couple of years - then take a sunhat and a drink. Shade becomes a precious commodity, especially when listening to the speeches on the Racecourse.

Read next: The best music events in Durham taking place this week

Go with the flow: The natural flow of humanity tends to go from Durham Marketplace, down to the County Hotel, then along to the Racecourse. Following this route also follows the general order of events during the day, from the bands gathering in the marketplace to playing at the County, then on to the Racecourse for the speeches in the afternoon. It also has the advantage that it's generally downhill.

Visit the marquees: While the speeches and the banners are the main attraction at the Racecourse, there are lots of marquees housing everything from unions to campaign organisations and political parties. It's worth taking some time to peruse the stalls and pick up some freebies; if your bag for life has given up the ghost then you'll find plenty of replacements bearing a variety of slogans. If you're a gonk collector, you'll be in heaven.

Read next: Durham Brass Festival is here - these are our five highlights not to miss 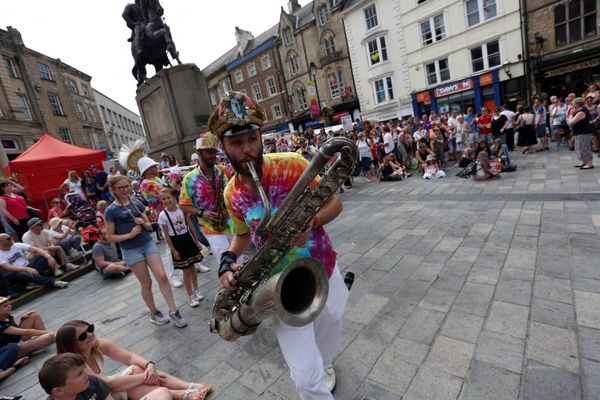 Durham Brass Festival 2019 is just around the corner - so get in the mood with these pictures from last year's event. 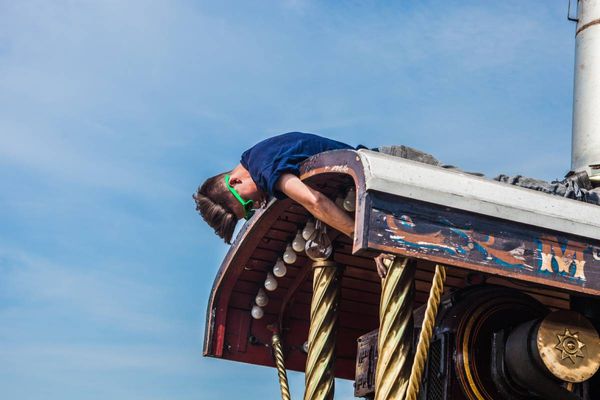 Chester le Street Steam Fair 2019 takes place this weekend with a variety of family entertainment - here's the information you need if you're going.