The Durham Lumiere weather hasn't been very kind to us in previous years - so what's it going to be like for 2019?

With Lumiere taking place in November, it's understandable that it might be very cold, but the rain has also sometimes descended on the festival in the past.

While it's not a deal-breaker by any means - you just need a mac to carry on enjoying the festival - the rain can make some of the areas around the light installations quite muddy.

So what's the weather forecast for Durham Lumiere 2019?

If you don't fancy braving the rain, then just watch our Lumiere video highlights.

The bad news is that it looks like the rain is making a reappearance during the Lumiere, which is running from Thursday November 14 to Sunday November 17.

If you're thinking of going, see some of the highlights in our Lumiere picture gallery. We've also got a guide to road closures, park and ride locations, and parking and buses information.

While 4pm is showing as cloud, the weather forecast says the rain will come later, turning to light showers by about 8pm.

Thankfully, it'll be a mild-ish 6°C, so at least we won't get too cold.

Friday looks to be a mixed bag as well. So far (and let's face it, this is a British weather forecast so it could change at any second), it's telling us there's a chance of showers at 4pm, which will potentially dry up at around 7pm with some cloud cover, only to return later on in the form of showers.

On the plus side, it's even warmer - between 7 and 8°C. Of course, warmth is all relative.

Read next: How does the Lumiere ticketing system work?

Saturday is usually a popular day to head to Durham Lumiere, so what's the weather going to do?

At the risk of sounding like a prophet of doom, the weather forecast is showing as being light rain all evening - and in fact all day. Don't let it put you off though - grab that cagoule and march into town.

Again, between 7 and 8°C looks to be the temperature.

Read next: See all 37 installations in our guide to Lumiere

And finally, will we have any let-up from the rain on the final day of the Lumiere festival?

So which day is your best bet for going to Durham Lumiere 2019? Well, in terms of the weather, it's all looking pretty similar and you might catch a rain shower on any of the days. It might be better to simply go when it's quieter, if you're flexible; Thursday and Sunday are usually the quieter days.

We've also got some tips and tricks for visiting Durham Lumiere - we hope they help you. Have fun! 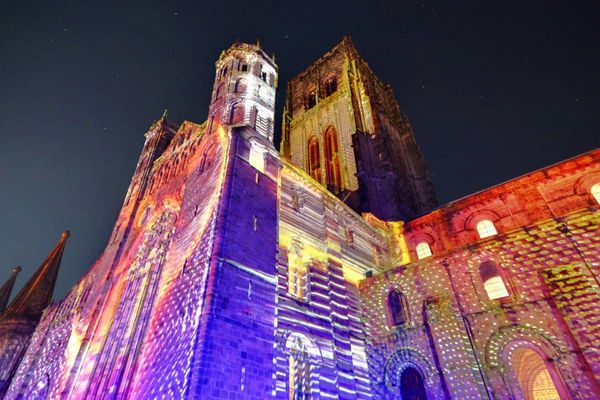 Durham Lumiere 2019 buses include extra services to get visitors home after the festival. There are also bus route diversions in place - here are the details. 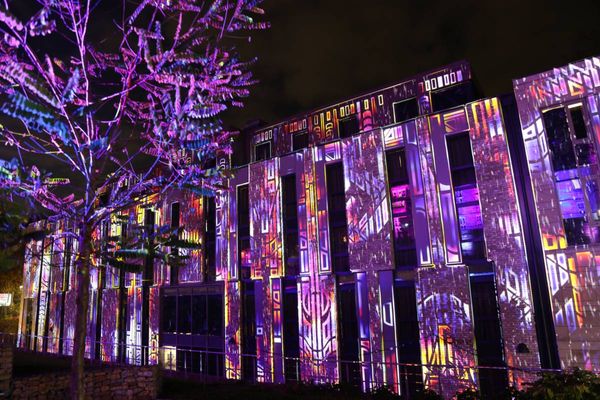