Gargoyles always draw my eye. It's not simply their extraordinary appearance that I find appealing, but it's also the juxtaposition with their usually austere surroundings in cathedrals, abbeys and churches.

It's also the thought of what was going through the mind of the designer and the stonemason when they began creating the contorted features that would be fixed forever in a rictus. There's clearly a sense of mischief about them, coupled with a sense of the absurd that gives me a sense of connection with those long-dead craftsmen.

The Hexham Abbey gargoyles are no exception, but they have several features that mark them out as particularly special. And there's nothing absurd about the messages that lie behind them.

Here's a 3D model of my favourite Hexham Abbey gargoyle - drag your mouse/finger around to turn it, and pinch in and out to zoom:

You'll find the Hexham Abbey gargoyles at the far side from the south transept main entrance. Head past the welcome desk towards the north transept, then before you get there turn right into the north choir aisle, where you'll find Prior Leschman's tomb. It's a grand affair and worthy of a man of Rowland Leschman's status, who was Prior of Hexham Abbey from 1480 to 1491. And while much of the devotional scenery in the upper row of carving is very impressive, it's the lower row - the gargoyles - that gives a better insight into Prior Leschman and the situation peculiar to the period.

A fox preaching to geese. A man stealing a sheep. A jester (whose act appears to involve an unwilling miniature donkey). They’re not your typical carvings on such a grand tomb, and there’s plenty of debate as to why they’re inside the building rather than outside (as gargoyles usually are), why they’re on Prior Leschman’s Tomb, and what they even mean.

The messages of some of the gargoyles are clear enough. The fox preaching to geese appears to be a satirical reference to the clergy of the time, and their overbearing or overtaxing relationship with their parishioners. Was everyone who saw it in on the joke, or did some of Prior Leschman’s fellow clergy feel targeted?

Not all of the Hexham Abbey gargoyles are as rude or so clearly humorous; a bagpipe player and a harp player, for instance. Maybe there was some historical significance. Or maybe there was less to laugh at in the 15th Century. Either way, the joke’s lost on us cynical 21st Century sophisticates, but they’re still unusual given the location.

There’s also a man with three heads. I’ve found references to a pagan-based three headed representation that was later adopted by Christianity to represent the Holy Trinity. Could this be it? Or is there a more base interpretation, or simply a criticism of someone’s multifaceted nature?

As with many historical artefacts, we’re left trying to guess the meaning. Maybe that’s symbolic; the quiet and cryptic subversion that at the time was secreted into these carvings is now permanently hidden, the meaning still on show but indecipherable. I’m sure Prior Leschman would have a smile at that. 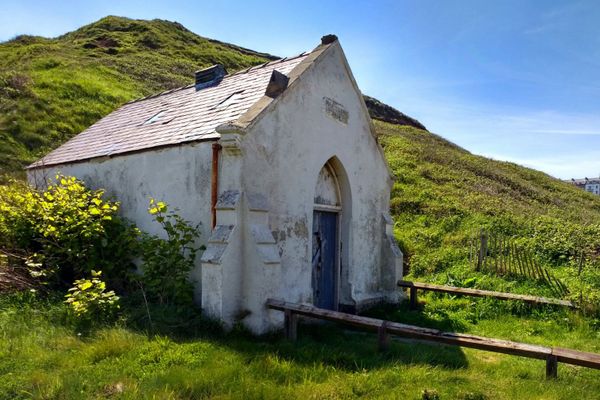 While families enjoy their ice creams and a paddle in the water, there's a dark past sitting just behind them on Saltburn seafront 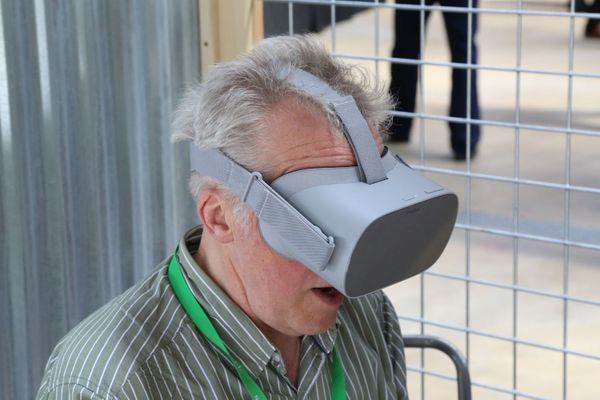